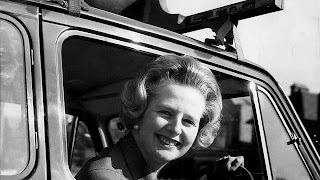 People’s opinions of ex-Prime Minister Margaret Thatcher tend to polarise along political lines with those of a Conservative leaning in support and Labour opposed.  Whatever side of the debate you are on, we can unite in admiring her principled approach. She did what she thought was right basing her decisions on the facts, not on whether it would increase her popularity. We need such clarity of purpose and strong leadership now as we face the challenge of transforming a deeply unsustainable society and economy. We need politicians who will put principle first, and do the right thing for society and the country without pandering to feedback from focus groups. We have to put aside the modern politics of spin where success is measured through standing in the opinion polls. We need again the Thatcher attitude to deliver real change based on clear thinking and unswerving logic.

When it comes to Baroness Thatcher’s legacy we should note that she acted in response to the challenges of her era. The unions had become politicised and over-powerful and the public sector was inefficient. She took on the vested interests and forced through change but there were consequences which remain with us today. As a consequence of her policies, we now rely too much on Financial Services and our manufacturing base is weak. Thatcherism also became associated with a focus on self and a greed-is-good culture. The cohesion of society was put at risk in the push for economic success and this needs rebalancing.

For today, the day of her funeral, let us focus on the example she set. Decide what you believe to be right and be unswerving in forcing through the required changes. Opinion poll ratings may suffer in the short-term but voters are not stupid all of the time and can see through the huff and bluff of political spin. We need more politicians of the stature of Thatcher, whether from the Right or the Left of the political spectrum, to reshape Britain for the challenges of the current era.
Posted by Peter McManners at 00:23 No comments: