Looking back from the year 2100 at a compendium of the most influential phrases I hope that these three words will be right at the top: 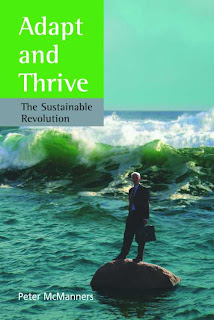 For the 20th century we have two iconic phrases:

These four words are enough to conjure up a vision of equality, human rights and a better society that live on long after the death of Martin Luther King.

“One small step for man”

The mind automatically generates the next words ‘one giant leap for mankind’ and a vision of human society on other planets exploring the universe. “Adapt and Thrive” are words that accurately describe the next successful leap of human civilization; a leap that is still to take place. These particular words will get lost in the billions of words generated on this day in 2012, but the idea represented will live on and grow in importance. They represent shorthand for the vision of a renaissance in society which can be called the Sustainable Revolution. The Sustainable Revolution is now a near certainty. Three critical foundations have been laid and the fourth and final block is waiting to be placed. First, there is a growing lobby of people who are concerned for their own future, and the future of their children, worried about the possible consequences of continuing with business as usual. Second, it is becoming clear that reining back on material consumption need not be reining back on building a vibrant society. Third, the consequences of overconsumption are no longer possibilities that can be ignored but a real and present danger to our security and lifestyle. The final foundation for real action is when the concept of a better and sustainable society goes viral, spreading the idea that it is possible to reconcile people’s concerns with building a better society and ensuring our security. That idea is summed up by the phrase:

Adapt and Thrive: The Sustainable Revolution is now out on Kindle.
Posted by Peter McManners at 05:00 No comments: 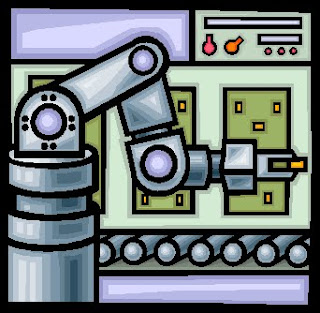 The third industrial revolution may be driven by the capabilities of highly versatile robots and new automated processes such as digital three-dimensional printing, but it will also have problems that need mitigating. The first of these is increased environmental damage, ushered in by the first industrial revolution, which continues to be a negative consequence of industrialisation today. Humans have always had an impact on the environment but industrialisation gave humans the ability to cause changes to the natural environment on a scale that has planetary significance. We have still to accept the responsibility this power brings. End-of-pipe pollution is being tackled but the demand for input resources dug from the ground or harvested from the forests is growing immensely. The environmental impact of industrialisation, as we enter the era of the third industrial revolution, is now a clear and present threat to society. The second problem is jobs. It is becoming possible to automate almost every aspect of the industrial machine. To the economist this brings efficiency. We can all be richer and consume more as the robots scurry around making all the stuff we need. As jobs evaporate, economists argue for stimulation of the economy to boost demand, but if manufacturing is entirely automated increased output does not provide more jobs. As we search for mitigating these down-side effects, politicians will be searching for ways to engage the population in activities that keep them content and fulfilled. This requires policy that delivers a cohesive society which is easier to craft under the paradigm of sustainability. The third problem is a lack of real foresight. The key players in each industrial revolution play out their roles focussing on the economic outcomes leaving others to legislate to deal with the unintended consequences. It is perfectly possible to look forward to how industry should change as one part of building a sustainable world society. This means that either the politicians legislate in advance of the revolution (an unlikely event) or that industry works out how to meet the legislation even before the politicians have realised it is needed. The third industrial revolution will be driven by technological advances and economic opportunities, but the clever players will future-proof their corporate success by putting sustainability to underpin strategy. Preparing for the third industrial revolution requires a deep fundamental rethink.
Posted by Peter McManners at 01:25 No comments: 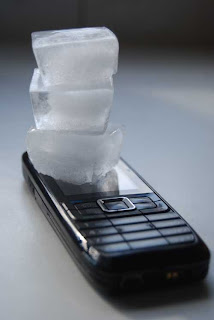 Here are three calamities that could befall us today to confirm the superstition that Friday 13th is an unlucky day:

1. Sovereign debt default by one or more countries in the Euro zone.
2. Passing the tipping point at which the melting of Greenland is unstoppable.
3. A nuclear explosion carried out by terrorists.

It is highly unlikely that any one of these will happen precisely today but all of these are likely someday soon.

1. To solve the euro zone crisis requires that creditors acknowledge the bad debt of the European countries including Portugal, Spain, Italy and Greece. The way to prevent these bad debts from becoming sovereign default is for Germany to transfer funds (or forgive debt) to keep the euro alive. Germany does very well from a currency far weaker than the deutschemark would be if it still existed. German exporters, such as BMW which has posted record quarterly sales, are riding high. It is in Germany’s interests to keep the euro project intact. Even so, it is politically highly unlikely that Germany will make the transfers required, so there is stalemate. Each day of delay makes the consequences worse. A clear out of sovereign debt in the euro zone is long overdue and it would be better to start today than delaying further.

2. The world may already have passed the tipping point where carbon dioxide levels in the atmosphere will lead to melting all the ice on Greenland. If not today, it will come within the next decade (or two) unless there is a major push to reduce fossil-fuel dependency. It would take a couple of centuries to completely melt the Greenland ice sheet, but the arithmetic is worrying. It is fact that if the Greenland ice sheet melts, global sea levels will rise by 5 to 6 metres. This has massive consequences and requires long-term plans to relocate people and cities. We cannot know, but it might be better to accept today as the tipping point, not only to renew our efforts to stop the burning of fossil fuel but to lay down the framework for what to do with flooded coastlines from Bangladesh to London and New Orleans.

3. Renewed interests in nuclear power will inevitably increase the supply and access to material for nuclear weapons. Each new reactor, and each additional country with nuclear capabilities, increases the risk. The low carbon emissions of an operating nuclear power plant are not the only factor to consider. Nuclear weapons should never again be used and the major powers will do all in the power to keep the nuclear peace, but in a world in which there are many more nuclear reactors they may not be able to hold the line. It is unthinkable that a major city would be blown apart by a nuclear device but we must think of this possibility in setting energy policy. It would be better if the security services intercept such an attack at a late stage to drive home the risks and force real preventive action.

That is my list of possible calamities. For those of a superstitious disposition, Friday 13th is a day best spent safely in bed, but that would not be enough if any of these strike us down.
Posted by Peter McManners at 08:51 No comments:

Every four years the world comes together at the Olympic Games. It is a time to put politics aside and celebrate the achievements of our athletes. It is always a high profile event for the host country and showcase seen by television audiences around the world. Can the London Olympics also be a showcase of sustainability? The organisers hope so. 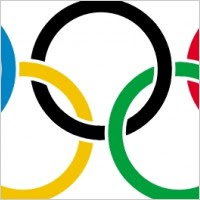 A lot of resources are required to hold an event as big as the Olympic Games. New venues are built, an athlete’s village is constructed and the athletes, officials and spectators fly in from every corner of the planet. By cancelling the Olympics a lot of CO2 could be saved, thousands of tons of concrete would not need to be poured, hundreds of flights could be cancelled and millions of televisions not watched for quite so long. This is, of course, a ridiculous viewpoint.

The Olympics are the pinnacle of human endeavour and comradeship as athletes compete according to the Olympic ideal that the competition is between teams and athletes not between countries. The resources used to stage an Olympics could hardly be used for a better purpose. Even so, to reduce the environmental impact of the games would be an important symbol that the world intends to get serious about adopting sustainability as the foundation of policy.

On television screens it would be good to see athletes compete with green architecture as a backdrop, travelling around on low-carbon transport systems and demonstrating how sustainable cities are possible.

The London 2012 Games bid included the vision to be ‘the first sustainable Olympic and Paralympic Games.’ The sustainability plan, Towards a one planet 2012, spells out how the vision will be delivered. I hope that the organisers can deliver on their promise and put London centre stage of sport and of sustainability policy.
Posted by Peter McManners at 15:32 No comments: