Climate and wind are inseparable; if you have one you have the other. Wind turbines and action to slow climate change are also inseparable; if we want clean energy we have to accept the infrastructure. 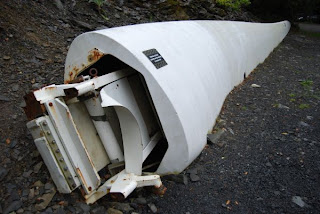 Climate change deniers tend also to be wind turbine opponents. The two mind-sets are quite similar. Someone with this mind-set decides that they don’t like something and stick doggedly to opposition despite sound scientific evidence to the contrary. Better still, they dig out some obscure science and misrepresent it to support continued adherence to the view they had at the beginning. In this way it is possible to hold a consistent line with confidence of retaining a following because people don’t like the implications of facing the truth. People will follow really quite nutty viewpoints if it allows them not to bother to support tough action or avoid having to accept change in their lives.

Getting through to these windy deniers is tough but it can be done. Sport drug testing programs demonstrate a way.

Drug testing is always a little behind the cheats; so cheats, with the help of crooked doctors, can evade the system (as Lance Armstrong showed). However, samples are kept, and as the testing technology improves old samples can be rested. Top athletes are always under the threat of a retrospective analysis and have their awards, medals and past sponsorship taken away.

This can be applied to the windy deniers, like this. We carefully archive their interviews and sound bites promising to broadcast amusingly presented compilations to enhance the ridicule and angry backlash they will endure in the future.  In the years ahead, as the world struggles to solve a problem that was solvable in 2012 but is now running out of control, people can have some light relief from the crisis by laughing at the people who opposed action.

Windy deniers are often not stupid, and some are very clever people, who see their short-term interests served by continued denial and opposition. The promise that we will not forget, and that their views will be broadcast, and rebroadcast, should make them stop and think. Lance Armstrong is now a Pariah from mainstream society; we should make that future likely for all drug cheats in sport. Climate deniers will also be Pariahs when the future unfolds; we should remind them of this and gather the evidence to ensure their role is not forgotten.
Posted by Peter McManners at 15:30 No comments:

Michael O’Leary is scheduled to appear this afternoon in front of the UK Parliament Transport Select Committee as part of their study of UK Aviation Strategy. This extract from my recent book Fly and be Damned provided some background they should be digging into.

‘Ryanair’s business approach goes beyond adding capacity to match demand. Ryanair builds capacity and then generates demand to fill it. When a new European city enters the Ryanair network it draws in new tourists providing uplift to the local economy. Ryanair understands the value of the new cheap air route to the local municipality so negotiates very hard before opening a new route, or deciding to retain an existing one. The airline requires a runway and a terminal building, that might be little more than space in a cargo building. It also expects to pay very little for the use of the facilities. The pressure for the best deal goes further; Ryanair often seeks, or is offered, ‘marketing support’ from the local area to bring in paying tourists. Ryanair is doing nothing illegal, running a successful business within the letter of the rules.

Creating capacity that stimulates demand, particularly in the creative and hard-nosed manner of Ryanair, is good business for the airline but creating demand also creates environmental stress. Sustainable policy would start with seeking to control demand through reducing the need to fly. Generating demand to fill capacity is the complete reverse of sustainable policy for aviation.’

Links:
http://zedbooks.co.uk/paperback/fly-and-be-damned
Posted by Peter McManners at 23:50 No comments:


Yesterday the EU Commissioner for Climate Action, Connie Hedegaard announced her intention to ‘stop the clock’ with regard to enforcement of emissions trading for flights into and out of Europe:

"This has been a very long story of the world not being able to get a deal to limit CO2-emissions from aviation. Now there is some positive movement; it is very positive.”

“Our regulatory scheme was adopted after having waited many years for ICAO to progress. Now it seems that because of some countries' dislike of our scheme many countries are prepared to move in ICAO...”

When the EU decided to include aviation in the EU Emissions Trading Scheme (ETS) from the beginning of 2012, it was a very small step towards acknowledging the need to take action. The US and China were incensed that their airlines would have to join with European airlines to pay the charges. This was odd when the price added to each ticket was just a few euros, hardly enough for passengers or airlines to notice, so why did it meet with a storm of protest? 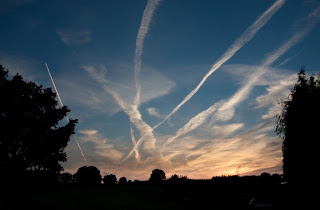 Some countries and some airlines are concerned that EU action might be the thin end of the wedge as the world gets a grip of emissions from aviation. So it should; bold action is both necessary and sensible, and will lead to a transformation of the industry launching it into a new golden age of low-carbon flight. There should be no reason to oppose the changes when everyone understands what is at stake and that aviation will be hugely better after the transformation. Of course it is something we should do without delay. However it may bankrupt those parts of the industry which have bet heavily on defending the status quo. This has seemed a safe bet; so far, with the US acting as deadweight on the industry holding it to the outdated policy framework agreed in Chicago in 1944.

The EU is backing down apparently to allow the International Civil Aviation Organization (ICAO) the space to reach a global agreement over the next year leading up the next ICAO Assembly in autumn 2013. This is a triumph of hope over reality.

‘The ICAO is resolutely defending the Chicago Convention and continued growth of air transport. It is inherently incompatible to seek to grow aviation, reduce carbon emissions and maintain tax-free fuel. This odd stance limits the scope for effective and ambitious action. It is the Chicago Convention that is now the policy block that has to be overcome. Instead of negotiating around the convention, world leaders need to find the courage to confront its provisions. The Chicago Convention was conceived in time of crisis; it should be renegotiated as a response to the climate crisis.’

Extract from: Fly and Be Damned: What now for aviation and climate change?

It is time for real action, not political posturing. Replacing the Chicago Convention is the only realistic way forward.


If Europeans could vote in the US Presidential election, Barack Obama could relax; he would win by a mile. He is much more European than Mitt Romney, which is strength in the eyes of the wider world but a liability to many in America. He pushed through healthcare reform to nudge the US towards the European ideal of universal healthcare. He has also prodded America to wards considering the possibility of taking action over climate change. These small changes are welcome but could be lost if Obama loses.

It is now for the US electorate to decide. This is the electorate that brought George Bush to power effectively killing international climate negotiations and taking the country down a path that made the US, which had been widely admire and respected, into the bogeyman of world affairs to many people in the Middle East and across the world, fermenting the terrorism he purported to fight. From a European perspective, electing George Bush was a mistake; to re-elect him after finding out his true colours, smacked of foolishness.

The US people have a choice, whether to rebuild the international reputation of America or retreat into a particular set of American values espoused by Mitt Romney, which look increasingly outdated for the challenges the world now faces. There is a worrying precedent in history; one-term president Jimmy Carter tried to take the US down a track of environmental responsibility but he was ousted by Ronald Reagan, who on entering the White House took the symbolic step of taking down the solar panels installed by Jimmy Carter.

America, it is your choice and the world is watching and waiting.
Posted by Peter McManners at 01:30 No comments: