In order to persuade the French company EDF to build Britain’s next nuclear power station, the UK government has agreed to guarantee the price of the electricity generated will be double today’s prices. Commercial providers require a robust business case to be able to mobilise the capital required and the government has decided that it wants additional nuclear capacity. This is, therefore, a logical outcome, but logical does not mean it is sensible. 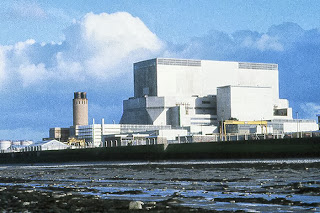 First, this is not UK technology built by UK engineers and funded by UK investors. The reactor will be built at Hinkley Point on the Somerset coast by a French company using Chinese money. For something as sensitive as a nuclear reactor it should be deeply worrying that we rely on France and China. I am not accusing either our close allies France or our distant rivals China of anything other than purely commercial motives, but that is the problem. This is safety-critical infrastructure with long-term liabilities. It has become normal for commercial operators to stick with a project whilst it is delivering bottom-line returns and walk away when the numbers no longer look attractive. Whatever guarantees the UK government might seek, the ability of corporations to fold their operations when they are no longer commercially viable is unstoppable. EDF and Chinese investors will put into the project a huge investment and draw out of it a huge return, then, walk away. At the end of the reactor’s life there will be a liability for many generations into the future long after we have used the energy, and long after the French and Chinese have left.

Second, this long-term guarantee over energy prices should be offered to other low-carbon energy providers to see what proposals they could come up with. The doubling of energy prices is exactly the incentive that would send the renewable energy industry into overdrive. There are problems to address such as intermittency of supply but these are not show-stoppers, just great challenges for the engineers to solve. Instead of a special case to ensure we have nuclear power, nuclear should be fighting its case against other low-carbon solutions.

Third, the government would be better employed winning the political case for higher energy prices ‒ which is the realistic way forward ‒ free of government subsidy. Business is a very capable agent for change but not if its hands are tied to by politicians using smoke and mirrors to hide the unpopular reality that a low-carbon future is one of valuable energy where bills are affordable because we become very careful with what we use. Forward-looking government officials can see that moving quickly with raising taxes on fossil fuel to drive the price of energy from these sources to the levels required is sensible economics. This could raise cash to invest in low-carbon public infrastructure or their political masters could decide to use this income stream to reduce other taxes to make it politically more palatable.

Politicians are paralysed with fear that to tell the truth will cost them votes so we end up with dangerous delaying tactics such as this special case for nuclear power.  Sometimes we manage to strike a cross-party consensus on issues of prime national interest; has the time come to do this for the future of UK energy supplies?
Posted by Peter McManners at 01:22 12 comments:


We seem to be living in cloud cuckoo land where we can carry on regardless despite our environmental and economic woes. The political Left and Right trade punches as if nothing substantial needs to change. Our politicians’ work to court popular opinion, not use logical analysis to reach conclusions that lead to action. What of the notion that our leaders should be trying to work out what is best for society and then trying to make it so? This seems sensible to me but the politics of spin seems to be all about populism not about bold leaders who persuade the population to follow them in doing what is right and necessary. In this political climate, the output of focus groups has more influence than the opinion of experts when it comes to setting policy.

In the same week that the world’s leading climate scientists finalise a report that makes deeply disturbing reading, Ed Milliband announces that he will freeze energy prices if he is elected as Prime Minister. Astonishingly, his popularity has risen as a result, instead of sealing his fate through championing policy that will lead us yet deeper into trouble. In cloud cuckoo land, we like such policy so we can keep living our lives without worrying about what tomorrow may bring. This would be an amusing aside worthy of a Wallace and Gromit story if the Labour Party was not making the promise with a straight face and people were not taking it at face value without looking beyond the sound bite to what it would mean.
Cheap energy prices have fuelled our economy for as long as anyone can remember based on cheap fossil fuel. To kick the habit of fossil-fuel dependency means energy prices must rise. The Conservative Party are not much better as they are reported considering reining back on incentives for renewable energy to limit the levy on fuel prices. Our politicians are vying to have us all live in cloud cuckoo land, where Wallace will be elected Prime Minister (with Gromit as the Chancellor of the Exchequer), energy prices will be pegged and the warming climate will lead to nothing more worrying than the possibility of better English wine.

As the winter draws in we can look to what to do over Christmas to enjoy the season of excessive eating, copious drinking with the thermostats turned up high. Instead of planning to go to see Santa in his Grotto in the local department store, why not book a day trip to Lapland. With all the money that we should be spending on insulation to keep our energy use (and bills) in check we could fly to Finland, have a ride on a real reindeer sledge and see Santa in his mountain grotto. This is the offer I found in this weekend’s papers for the ‘small’ price of £500 per person. It doesn’t matter that this trip has a higher carbon footprint than an entire village for a year in Bangladesh. Such a village is likely to be flooded by rising sea levels in any case so what “what the hell” let’s put on our big carbon dancing boots and be merry.

With Wallace in charge, he is bound to come up with some contraption that will make it alright. This could be huge set of bellows to capture the hot air from our politicians and drive a machine to generate power to keep cloud cuckoo land running smoothly without us noticing any disruption. This is a good place to be until reality intrudes…