What is the Point?


I have been away hiking in the Arctic Wilderness of northern Finland with time to reflect. Walking in the remote Oulanka National Park you can connect with the natural beauty of raw nature and be reminded that we live on a very special planet. Days spent exploring away from the infrastructure of modern society meant not having the comfort and convenience of modern facilities; but it also meant my sleep had been deep and the mental relaxation intense. There was no reception for my old mobile phone so no e-mails and no text messages to intrude into my reflection. The question is what is the point? 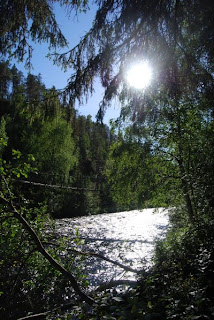 I could embark into a deep discourse on what is the meaning of life but I don’t see the need. You only have to wander in nature to see how astounding, amazing, tremendous, it is to know that it needs no justification. Something this special should be savoured, enjoyed, looked after and passed to our children for their enjoyment. There is no need for a debate about the purpose of natural world; it is part of our world and part of what we are; we are nothing without nature. Nature will outlive us as the world continues beyond the era of Homo sapiens. We need nature but nature does not need us. The question is what is the point of us and our civilization?

In today’s paper I have glanced through the main stories including: the benefits to the UK economy of climate change; the advantages of opening sea lanes across the Arctic as the sea ice disappears; and the benefits of ‘fracking’ to keep us warm and keep the economy powering forward. There are also the usual staple news items of who is bonking who amongst the A-List celebrities. Someone arriving from outer space would assume these are people are our greatest most capable people able to lead us to a better future. They would be sorely disappointed; we celebrate reality TV stars and pop singers more than the scientists and experts capable of showing us a safe future for humanity.

The Long View is Green


Today the Westminster parliament will vote on whether to accept the advice of the UK Committee on Climate Change to set binding targets for carbon intensity of power generation out to 2030 and extend support for less mature low-carbon energy technologies. The debate may be dominated by the short-term view that gas-powered electricity generation could be the cheapest option.

Many MPs will have read the report in the Sunday Times yesterday under the title ‘Will we have the world’s costliest energy?’ and the key issue ‘It’s crunch time. Britain must decide to go for green power or dash for gas.’ The figures quoted were: £3.6bn for nuclear: Offshore wind: £3.2bn Gas-fired: £800m. The Sunday Times made its view clear that gas is the way forward. 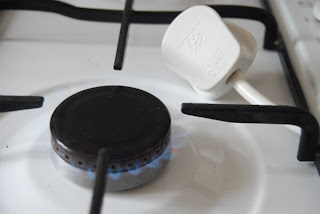 On Saturday evening I happened to be at a dinner party where I got into a heated debate with an economist (and friend). He was taking the view that green energy policy is a waste of money. He studied economics at university where he was encouraged to focus on the short-term view. He could not, would not, accept that there are serious challenges that require the long view. He is not an idiot (quite the reverse being a clever chap) but he is typical of the blinkered short-term view that dominates economic education and economic policy making.

Looking beyond 2030, what would be the situation if we choose now to focus investment in gas power generation? Gas is the cleanest of fossil fuels; we should use it now whilst we make the transition away from fossil fuel. However gas is also a finite resource and our own supplies from the North Sea are depleted so we rely on supplies from places like Russia flowing to our little islands through pipelines across Europe and by ship from the Middle East. At some point, not far off, gas will be both expensive and unreliable. Investing in gas now will leave us with a huge investment bill to build renewable capacity. Leaving aside the highly charged debate, full of disingenuous claims, about the potential from gas from fracking – the core logic stands that the future will have to be renewable energy; only the timing is uncertain.

Building off-shore wind gives us the infrastructure we need for the long-term. These windy isles have some of the best locations in Europe. This large investment will pay back over the longer-term, provided the blinkered view of conventionally trained economists can be faced down.
Posted by Peter McManners at 00:14 1 comment: