Drax Nailed to Its Perch


Drax's a stiff. Bereft of life, He rests in peace. If you hadn't nailed the green subsidy he would be pushing up the daisies! 'Its metabolic processes are now history. Drax kicked the bucket, he's shuffled off this mortal coil, run down the curtain and joined the bleedin’ choir invisibile!
(With apologies to Monty Python) 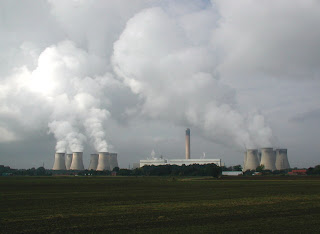 © Copyright Paul Glazzard
Drax coal-fired power station is one of the largest in Europe and currently supplies 7% of the UK’s electricity. It should be closed down as EU rules come into effect in 2016 requiring coal plants to install expensive pollution-control devices if they want to continue to operate. This will combine with the carbon tax ‒ being introduced in April ‒ to make Drax uneconomic  as burning coal emits copious quantities of carbon dioxide, for example twice as much as burning gas. The chief executive of Drax does not share my view.  Ms Thomson has shareholders to satisfy who want to hear that the plant has a future and that their investment is safe. She is becoming increasingly imaginative in her assurances but the truth will out. By 2016, Drax will be worth only the value of a derelict brownfield site.

The apparent problem being addressed by the management of Drax is that there is no future in burning coal. This is, of course, true; but their solution, to convert the boilers to burning biomass, is absurd.  The wood will be imported from abroad, mainly from commercially managed forests in the US. This makes business sense only because they believe they can claim the government’s green subsidy (raised through levies on customer energy bills). This is an example of not seeing the wood for the trees (excuse my pun). The real problem is that Drax is an inefficient behemoth built in an era of cheap coal and lack of concern about the environmental consequences. The problem is Drax. Whatever fuel is shovelled into its vast boilers is burnt inefficiently with the waste heat emitted through its massive cooling towers. It could burn used chip oil, recycle newspapers or the minutes of past meetings of the Drax board; it would not make Drax a green energy generator. Drax has as much chance of a green conversion as breathing life into the Norwegian Blue parrot in the Monty Python sketch.

Biomass can be part of the green energy future but burnt in highly efficient combined heat and Power plants (CHP). These small power stations will nestle close by communities feeding power into the grid and heat into houses and buildings. This is where government biomass subsidies should go. For the chief executive of Drax to lay claim to this money from the levy on consumer bills is patently wrong. In the words of Monty Python, perhaps Dorothy Thomson is ‘tired and shagged out following a prolonged squawk.’ This is one squawk the government should ignore.  If the current rules allow Drax to claim the biomass subsidies then the rules should be changed.

Photo of Drax power station © Copyright Paul Glazzard and licensed for reuse under Creative Commons Licence.
Posted by Peter McManners at 01:38 No comments:


There was a time when aviation embraced innovation and the pioneers pushed the boundaries of what was possible. Now, aviation is reliable and dependable, but also dull and boring. The 21st century aviation industry is trussed up in regulations that hold it back in the 20th century. No one dare push ahead to make aviation how it ought to be. The recent troubles with the Boeing 787 Dreamliner illustrate that there is a problem, but the apparent problem is not the real problem. 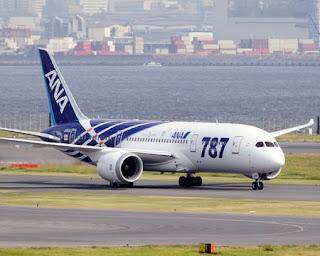 When the model was launched, the Dreamliner was the heralded as the most advanced, most efficient jet liner ever produced. In fact, it is the last evolution of a species of air vehicle that will soon be extinct. The first gas guzzler passenger jet airliner was the British-built Comet. It was innovative at the time as jets were new and cool; but it was also unreliable and thirsty.  Its place in aviation history is as the reference point used for all the jet aircraft produced between then and now, a time span of over half a century of aviation. Compared with the Comet, each has been more efficient than the last. Manufacturers and airlines trumpet the improvements hoping that people will not notice the disingenuous nature of their claims. The reality is that only the newest jet liners are more efficient than the propeller driven aircraft of the 1950s ‒ and not hugely faster either. What have the aero engineers been doing for the last 60 years? The answer is they have been heading in the wrong direction, and the Dreamliner is the latest step.

The 21st century aviation industry is held back by a rule book written in 1944. The key provisions have not changed; including that aviation fuel carried aboard international flights is not subject to tax. This means aircraft designers are stuck with building gas guzzling planes. With fuel so cheap, no airline would buy the sort of low-emissions aircraft that should dominate aviation in the 21st century.

The Boeing 787 Dreamliner design team are struggling to solve the problem with their new Lithium batteries that has grounded the fleet. This is like trimming the claws on a dinosaur, a difficult task to undertake safely but ultimately of little consequence. Using new technologies to squeeze more efficiency out of obsolete designs, wastes effort that could be better employed. In the conservative world of aircraft manufacturing, the dinosaur clipping approach is to back off and innovate less. The true nature of the problem is not too much innovation, but too little. In evolutionary terms we do not need small marginal developments but a genetic mutation to usher in a complete new genus of aircraft. The engineers need the freedom to develop these new air vehicles which means throwing out the old rule book.

The Boeing 787 Dreamliner is the last of the 20th century aircraft brought in after its time is past, not the start of the 21st century aviation industry.

Posted by Peter McManners at 15:03 No comments:

Meat as a commodity


The current rumpus over horse meat in beef products misses the point; meat is not just a commodity. Whether it is horse or beef may disturb the sensitivity of British people who don’t agree with eating horses but the real question is the safety of the meat and the sustainability of its supply.  Discovering that some ‘beef’-burgers were actually horse-burgers, or that beef lasagne was actually horse lasagne, exposes the inadequacies of the complex industrialised system of meat production and supply.

I wrote in Victim of Success: Civilization at Risk:

In the global beef market, we put our trust in each link of the global supply chain. It starts with the farmer, but he/she has no direct link with, or responsibility to, the end consumer. The farmer wants the best price for the cattle by whatever means the market allows. ...The animals enter an industrial system of factories and middlemen. At the other end, the consumer buys a pack of meat off the shelves of the supermarket knowing little about the route it has taken. At each stage, people are thinking about maximizing their share of the profit. … Regarding beef as a commodity means that beef is produced as cheaply as possible. This is not a fail-safe system. There is always the temptation to push hard against the limits provided by the regulations – and beyond, when inspectors are not on site.

The systems of the global beef market are both unsustainable and uncontrollable. To the middle men trading consignments of beef breaking the regulations is just a risk they take. They might get caught and fined but the profits are worth the small risk. If it was just high grade horsemeat replacing the more expensive beef that is a simple fraud. There are many other ways to game the system, such as growth hormone and antibiotics to increase yield as well as diverting meat from the knacker’s yard away from dog food production into the human chain.

The solution is not more testing, more inspection or increased regulation; the solution is to change the global beef market so that we don’t compromise over food such that beef can be healthy and safe by default. Not just for the well-off but for everyone.
Posted by Peter McManners at 08:15 No comments:

Carolyn McCall doth protest too much


It is reported in the Times this morning that the chief executives of easyJet, Ryanair and IAG (BA’s parent) described air passenger duty (APD) as ‘one of the country’s three most damaging taxes’ along with fuel duty and corporation tax. The chief executives involved, Carolyn McCall, Michael O’Leary and Willie Walsh, can be forgiven for opposing corporation tax as it is a part of keeping pressure on the government not to raise tax on business too far. This is the normal tension between government and business and a sensible balance should be struck. Fuel duty and APD is much more interesting and complex.

The complaint against fuel duty shines the spotlight on senior executives using blinkered short-term commercial advantage to block the transformation necessary to wean the economy off fossil fuel. It is particularly interesting that it is the airlines bosses making the complaint. Ever since the implementation of the Chicago Convention of 1944, governments have been prevented from taxing fuel carried aboard aircraft. This means no government would dare to tax aviation fuel for fear of the consequences for the airlines and airports operating within their jurisdiction. The end result is that over the last 69 years we have had tax-free aviation fuel and amazingly this dispensation continues. If this was passed onto passengers there is case to argue for continuing with tax-free fuel, although not a case I would support. The problem is that tax-free aviation fuel locks the industry in an old 20th century model. It is cheaper for airlines to burn thousands and tons of cheap fuel than make the transformation to 21st century aviation. There is a better industry waiting to launch when the commercial case adds up, but in a system of tax-free aviation fuel the numbers do not work.

That leaves us with the last of the ‘three most damaging taxes’ APD. This tax is high simply because the government’s hands are tied, preventing it from applying the tax where it should be applied, on fuel. APD does not act as a lever to transform the industry; it is a tax on passengers. I would support Carolyn McCall, Michael O’Leary and Willie Walsh if they were to campaign in favour of changing the out-dated Chicago Convention to bring in tax for aviation fuel instead of APD. That really would be a game changer. If you want to know how, read on…
Posted by Peter McManners at 01:34 No comments: